What Is Grapeseed Oil?

Grape seed oil is also called grapeseed oil or grape oil, a key ingedient in our #BOMBSHELL hair products! This oil is extracted from the seeds of the Vitis vinifera botanical, the plant which is typically cultivated to produce wine grapes sometimes nonalcoholic grape juice can also be produced. Generally, these seeds and seed oil are a byproduct of the overall process of winemaking. These seeds are often discarded, the seeds are said to be the part of the grape that is most conducive to health.
The grapevine is mostly grown in the Mediterranean region as well as in Asia; it is known that the Greeks were the first to consume grapes because of their numerous health benefits.

This oil has existed for over 6,000 of years. Some sources also say that the Europeans had used this oil to treat diseases related to the eye and skin.

This question primarily comes down to one factor which is the omega-6 fatty acids. The Grapeseed oil contains both omega-6 and omega-3 fatty acids, but it has omega three fatty acids present in larger amounts.
Grape seed oil contains the highest levels of omega six fatty acids as compared to other vegetable oils. Though omega-6s fatty acids are not bad by themselves, they can create a bit of complication if consumed in excess. The conditions in results will include increased inflammation, elevated risk of obesity, and also increased cholesterol levels.
Also, the thing is that it is an oil which is exactly why you must be able to consume it in a small amount as it contains fat.

The dosage is 5 to 6 teaspoons per day, and in the case of men, it is 6 to 7 teaspoons. This is the required dosage for any oil.
There is also another important factor to consider which is the processing, mostly, the grapeseed oil that is commercially available is processed. It is made by using different chemical solvents like hexane, which is considered a neurotoxin. Because we have no idea what chemical solvents like this can do to humans, it does not matter the different amounts in which they are consumed.

What Is Grapeseed Oil Used For?

Grapeseed oil is used in many things that vary from skin to hair to the overall body.

Grapeseed oil is especially used for skin, for wound healing, to prevent premature aging, for the treatment of inflammation, in some cases various heart conditions and gives your immunity a boost. 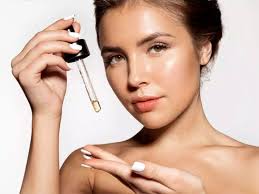 The Grapeseed oil has many benefits known or unknown to the man. A few of those benefits are discussed below:

The grapeseed oil tightens and tones the skin and protects it against sun damage; it also reduces the appearance of blemishes, wrinkles, as well as stretch marks.

When used on the skin, grapeseed Oil cleanses the pores and balances the overall oil production, in turn, reduces the future acne breakouts.

The grapeseed oil exhibits antioxidant properties which means that it reduces the premature aging of the skin and fine lines.

Due to the Omega fatty acids present in this oil, it gives the immunity a boost.

This oil was used to prevent inflammation about 6000 years ago by the ancient people of Egypt.

Since it contains Vitamin E and Fatty acids that aid in the immunity boost, dementia-like neurodegenerative diseases are thus slowed down by this oil.

A study conducted in the University of Maryland Medical Center, the omega 6s present in grapeseed oil can have beneficial and promising effects towards allergies, arthritis, ADHD, as well as breast cancer.

Used in hair, Grapeseed Carrier Oil aids in the softness and smoothness of hair while promoting the overall growth of the hair.

The grapeseed oil cleanses the scalp. The cuticles and the overall condition of the hair scalp, making it free of the unwanted dirt. Thus a clean scalp is promoted which does not itch and is well hydrated every time you use this oil.

Maintains the softness and Suppleness of Hair:

The grapeseed oil makes the hair soft and supple everytime you massage your hair with it and apply it to the ends of the hair for a certain period. Wash off your hair after some time to reveal the lustrous, soft, shiny and silky hair.

Regular application of this oil makes the hair thicker and stronger, hair that is less prone to breakage and thinning thus making your hair appear thicker, fuller and longer.

Many natural oils like the olive oil and coconut oil are great for the hair, but they leave it feeling greasy and weighed downwards. Grapeseed oil is lightweight and doesn’t have that effect at all.

After this oil is applied and massaged on the scalp for some time, then shampooed off, it removes all the grease from each hair strand and leaves them looking neat and clean and much manageable.

Grapeseed oil is widely and most popularly used as a natural remedy for the treatment of baldness. The Linolenic acid present in it m is thought to stimulate the overall hair growth. This oil also contains flavonoids called procyanidin oligomers which are powerful antioxidants.

Natural products might have the potential to cause an allergic reaction when used on the skin. Contact your doctor if you experience any redness, itching, rash etc.

When it comes to the overall hair health. Grapeseed oil is a good and a safe choice because it can help prevent hair loss as well as baldness which are very common these days. Consistent use of this oil can give you promising results.

Ginger For Hair Growth - Is Ginger Good For Your Hair?